Bikes in Need is a social enterprise in York, UK, founded by one of our Project Managers, Emma Frost. As part of our Pledge 1% commitment we made a donation in 2019 to the Bikes in Need project to pay for 10 bikes, lights and locks to be given to people in need.

About Bikes in Need

I started Bikes in Need in 2016, donating our first bike to a refugee from Syria, and have been gifting bikes ever since

It is a life-changing event when a person in real need is given a bike. Now, they can travel for work, travel to appointments without using expensive public transport, travel to cheaper supermarkets / shops etc. Additionally, a bike also encourages exercise, is great for a person’s mental health, and widens the world available to them. When you have very little, a bike is freedom.

Bikes in Need has been gifting bikes to refugees, homeless people living in hostels and anyone who has a genuine need in the city of York. Every bike we donate was either donated or abandoned, and is given with lights and locks.

The Cloud Galacticos donation of 10 bikes, lights and locks went to:

The picture below is of the last bike, delivered to Miki from Eritrea. He completed an amazing feat to make it here and has such a tragic story, but he is so pleased to have his bike. We’ve been told by his foster carers that it has already had a hugely positive effect on his mental health. 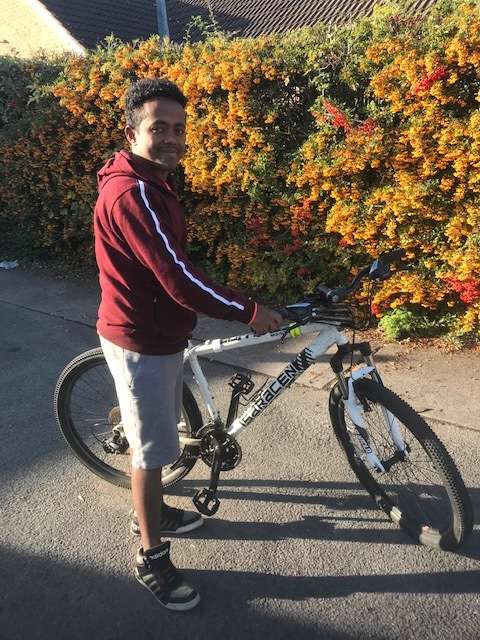